Chart: Seizures of the most harmful drugs at UK borders are falling

Border Force is responsible for seizing drugs at ports, airports and international parcels depots. However, reports by the Chief Inspector of Borders and Immigration suggest drug-detection efforts are hindered by understaffing, lack of training and focus on conducting passport checks on travellers. Most drug seizures are of small amounts: only 19% of seizures involve more than one kilogram of drugs. 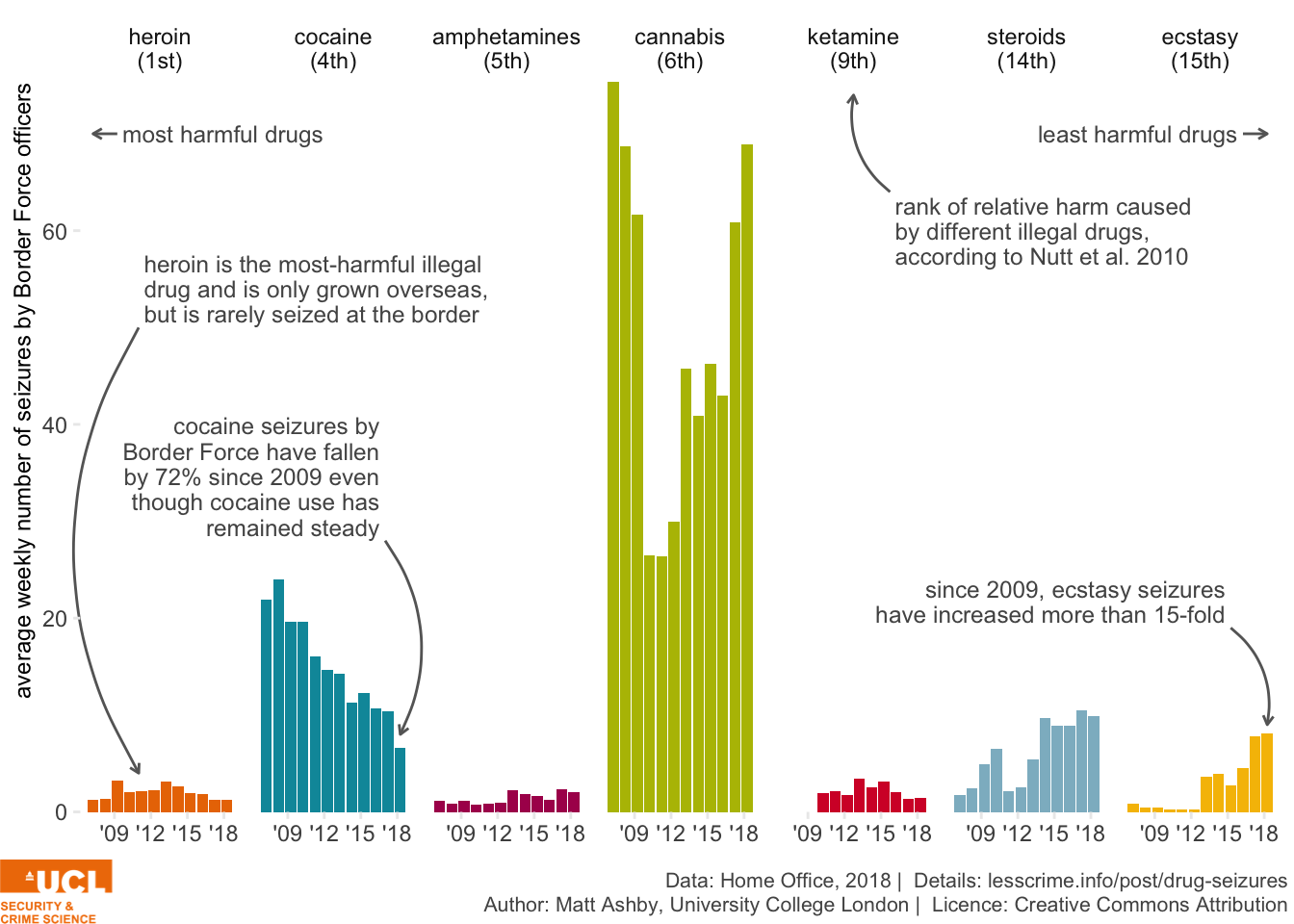 For estimates of the relative harmfulness of different controlled drugs, see ‘Drug harms in the UK: a multicriteria decision analysis’ by Nutt et al.

Reports on Border Force can be found on the website of the Independent Chief Inspector of Borders and Immigration.