Police routinely breathalyse drivers they suspect have been drinking, but also carry out an annual Christmas crackdown, breath-testing more than three times as many drivers in December as in other months. However, only about 1.6% of these extra tests catch a drink driver, compared to about 14% of routine tests. 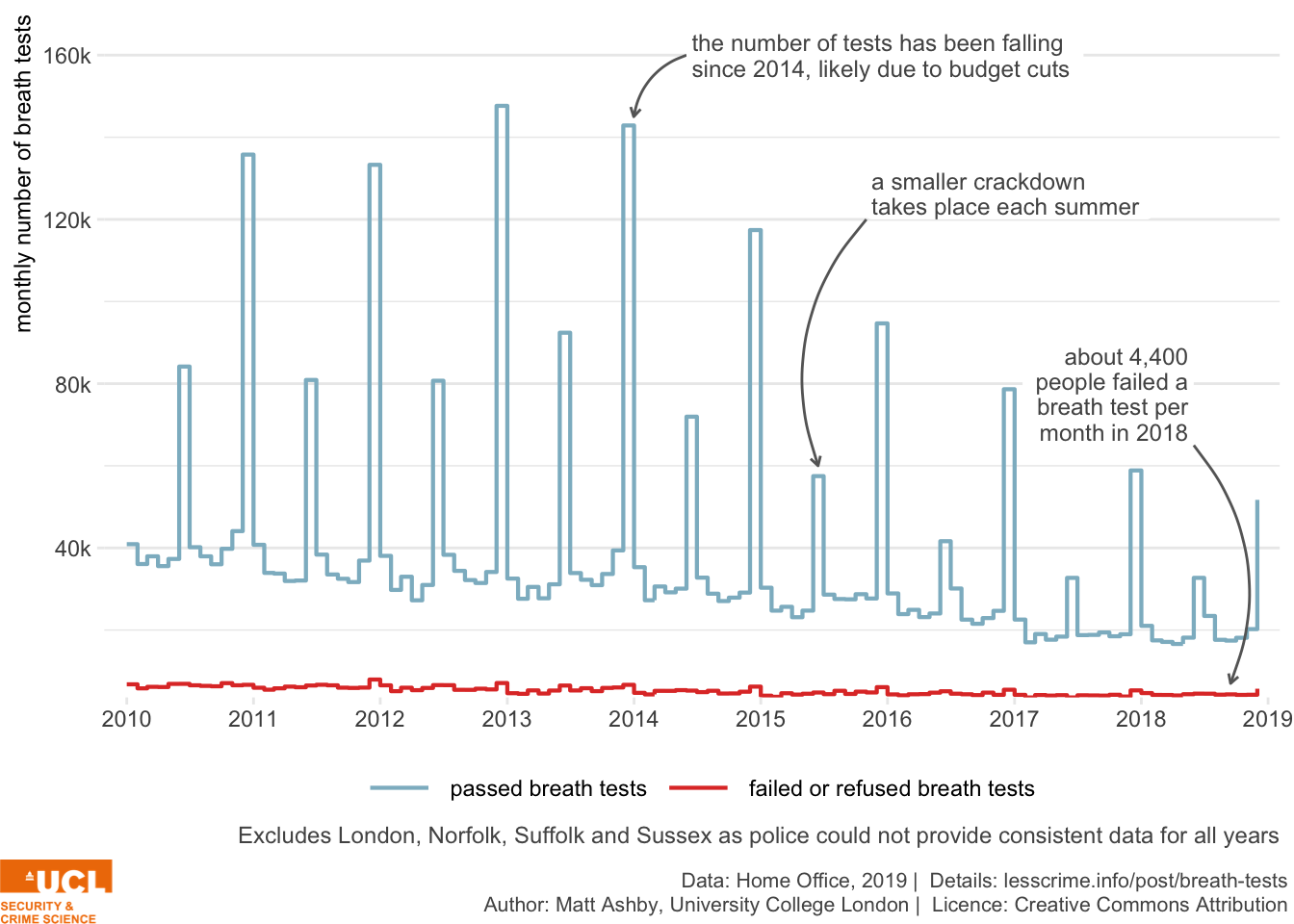