One way to understand crime-related demands on police forces is to track ‘crime pressure’, a measure of investigative workload representing the number of crimes reported to a force per officer, weighted according to Office for National Statistics estimates of the relative severity of different crimes. Over the past decade years, this measure has risen in every police force in England and Wales – doubling in many places. Crime pressure is now falling due to higher officer numbers, but in almost all forces it remains higher than in 2010. 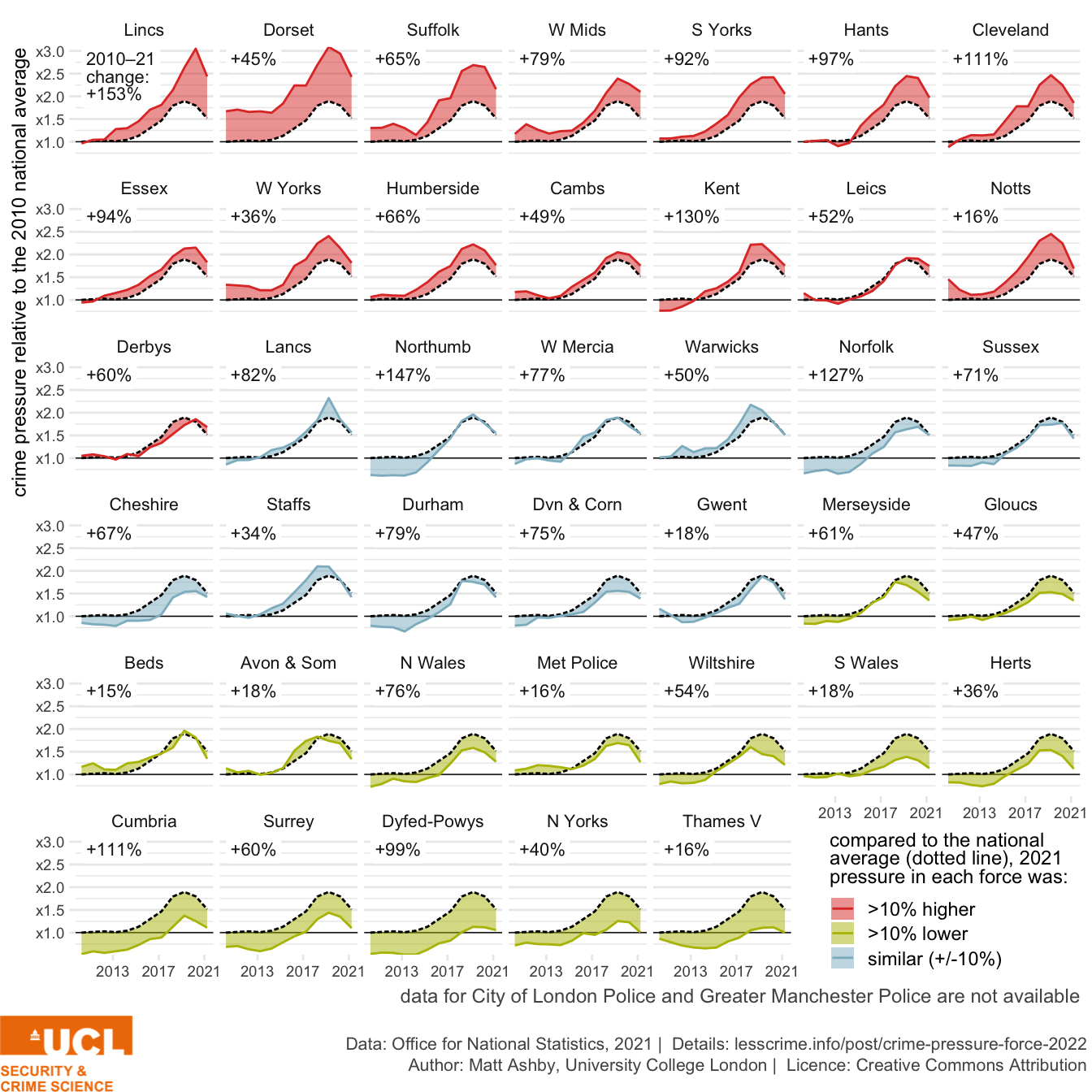 The Office for National Statistics (ONS) publishes estimates of the severity of different types of police-recorded crime, derived from the average sentence imposed in court for each type of offence. In the same dataset, ONS publishes an overall estimate of the severity of crime per capita in each police force area. To convert this to an estimate of crime severity per officer (referred to above as crime pressure), severity per capita was multiplied by police force area population1 and then divided by the number of full-time equivalent police officers in each force. Crime pressure is therefore defined as the severity of police-recorded crime per full-time equivalent officer.

Estimates of the severity of different crimes are inherently limited, although they are likely to be more informative for some purposes than simply counting crimes (which implicitly assumes all crimes are of equal importance). For a further discussion of this, see Comparing methods for measuring crime harm/severity.