Chart: One in ten of us is on the National DNA Database

About 5.3 million people in England and Wales (about 10% of the population aged 10 or over) have their DNA stored on the National DNA Database, one of the largest DNA databases in the world. Police routinely collect DNA from arrested suspects, and it can be stored (often permanently) if they are convicted of almost any offence. 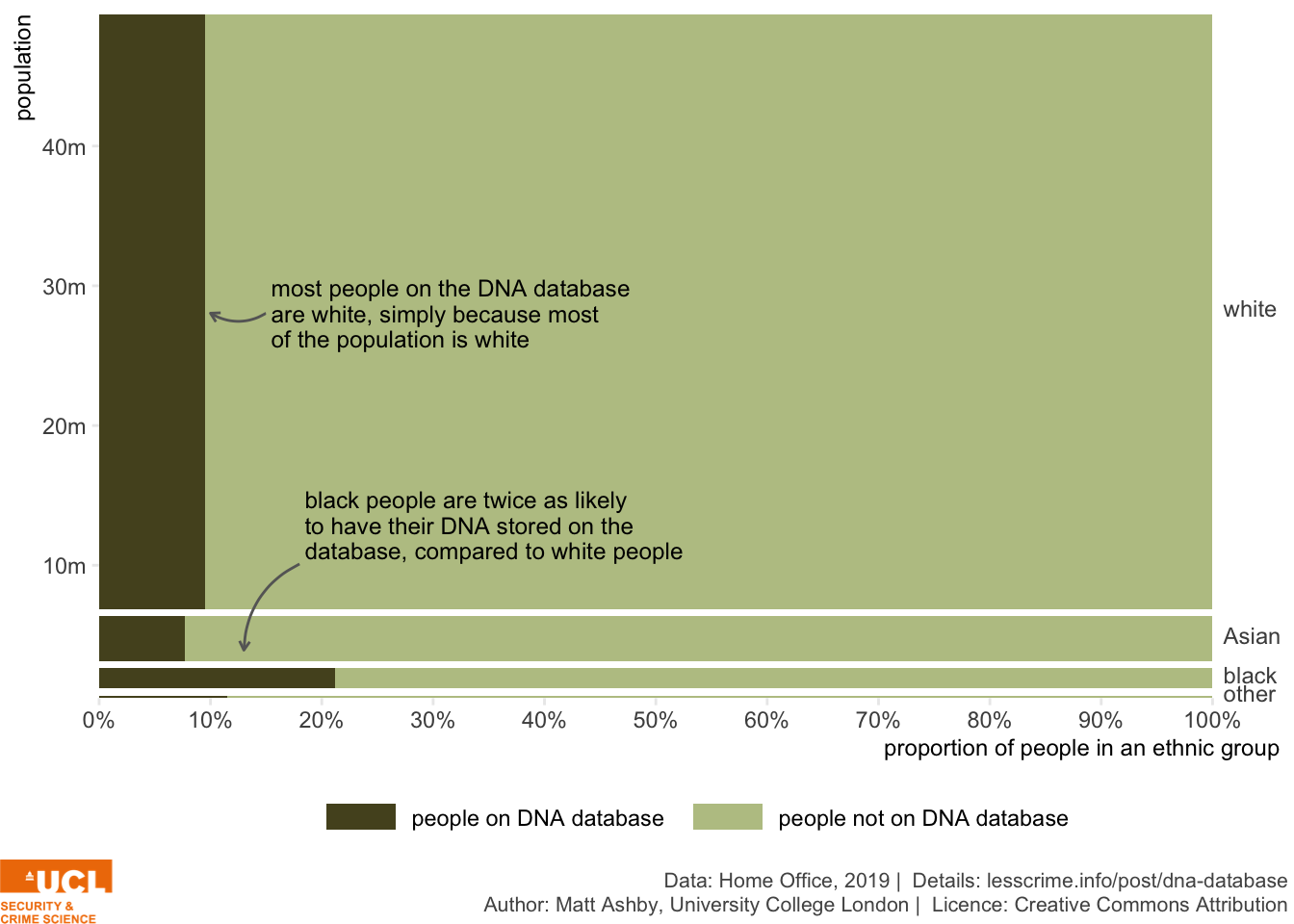 Since the National DNA Database does not have an equivalent ethnicity category to the ‘Mixed/multiple ethnic group’ categories in population data, people in these groups have been categorised on this chart as being of Black, Asian or other ethnicity.