Chart: Drug use was falling, but that seems to be changing

Self-reported drug use has fallen for most of the past 20 years according to the Crime Survey for England and Wales, but in the past seven years the use of cannabis, cocaine and ecstasy has increased substantially, particularly among people aged 16–24. However, drug use is still lower now than it was at the turn of the millenium, with about 10% of adults saying they’ve used an illegal drug in the past year. 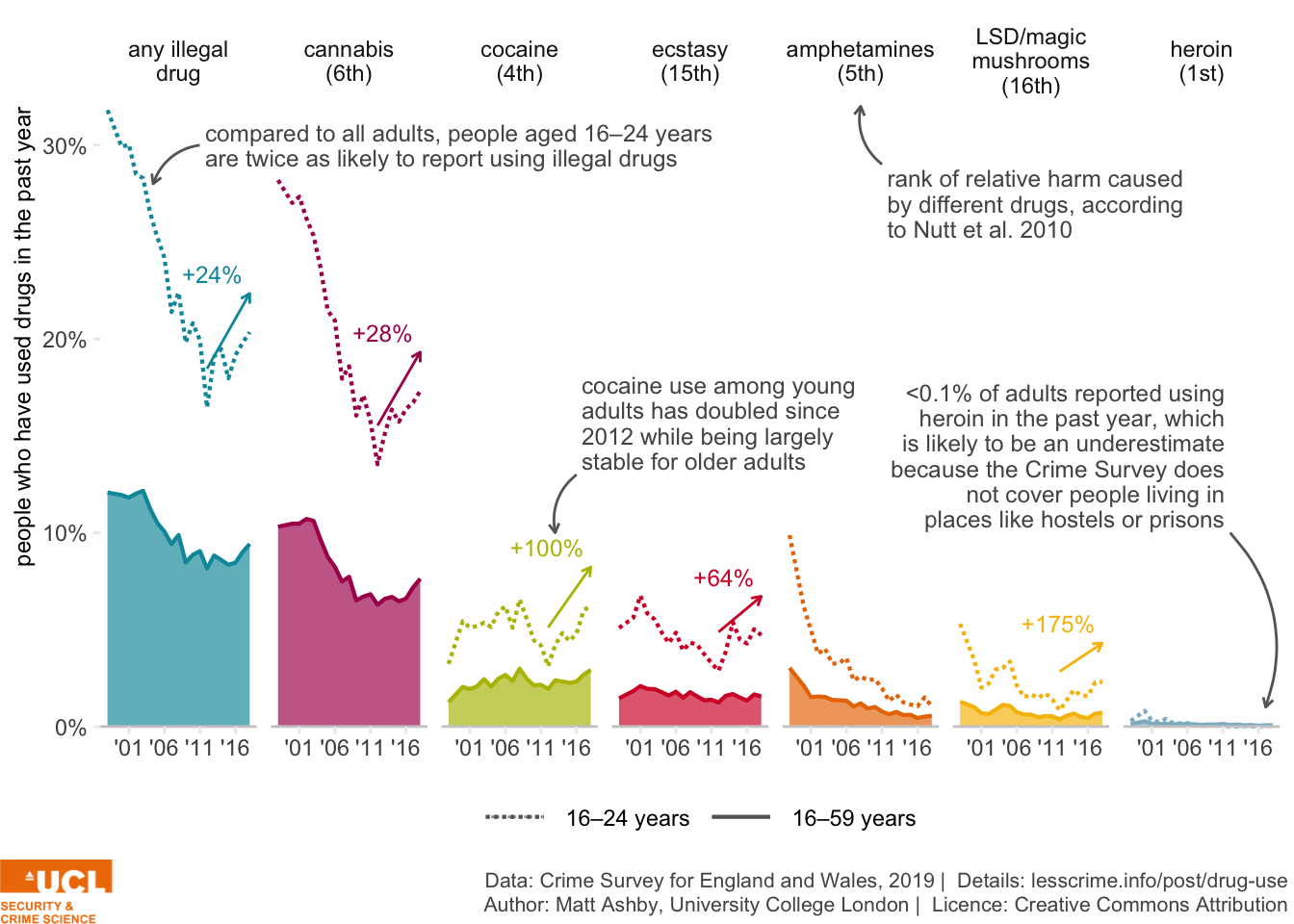