Homicide (murder, manslaughter and infanticide) in England and Wales is rare, with about 12 homicides per million people last year, a similar rate to a decade ago. But homicide methods are changing: the rise in knife murders is well known, but there are other changes, too. 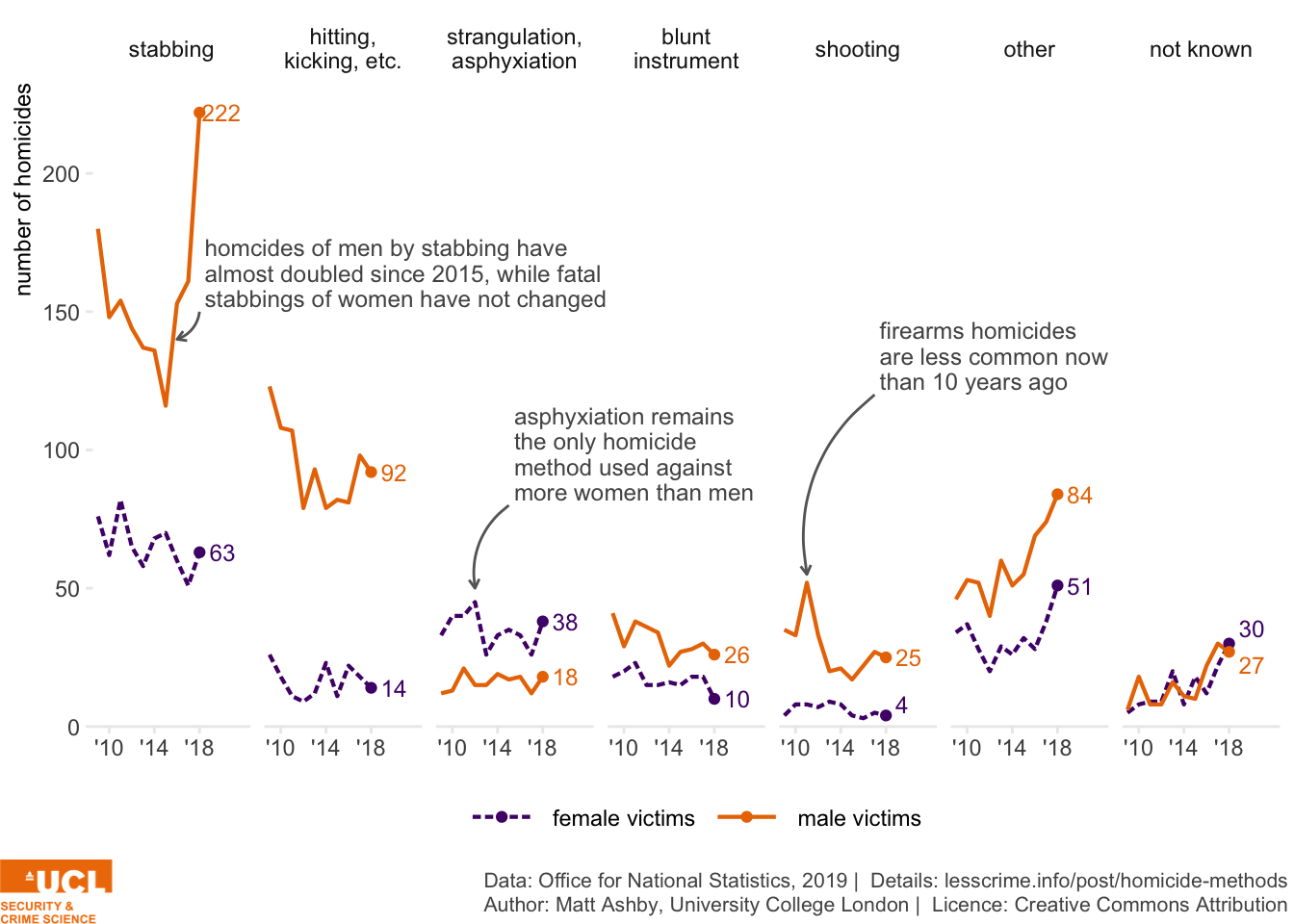 The homicide counts here exclude victims of the Hillsborough disaster, who died in 1989 but were recorded as manslaughter cases in 2017, and victims of the Manchester Arena bombing in 2018.