Chart: Much of the homicide drop has already been erased

The rapid decrease in the homicide (murder, manslaughter and infanticide) rate in England and Wales between 2000 and 2014 was unprecedented over the previous century, but a third of that decrease has already been reversed. 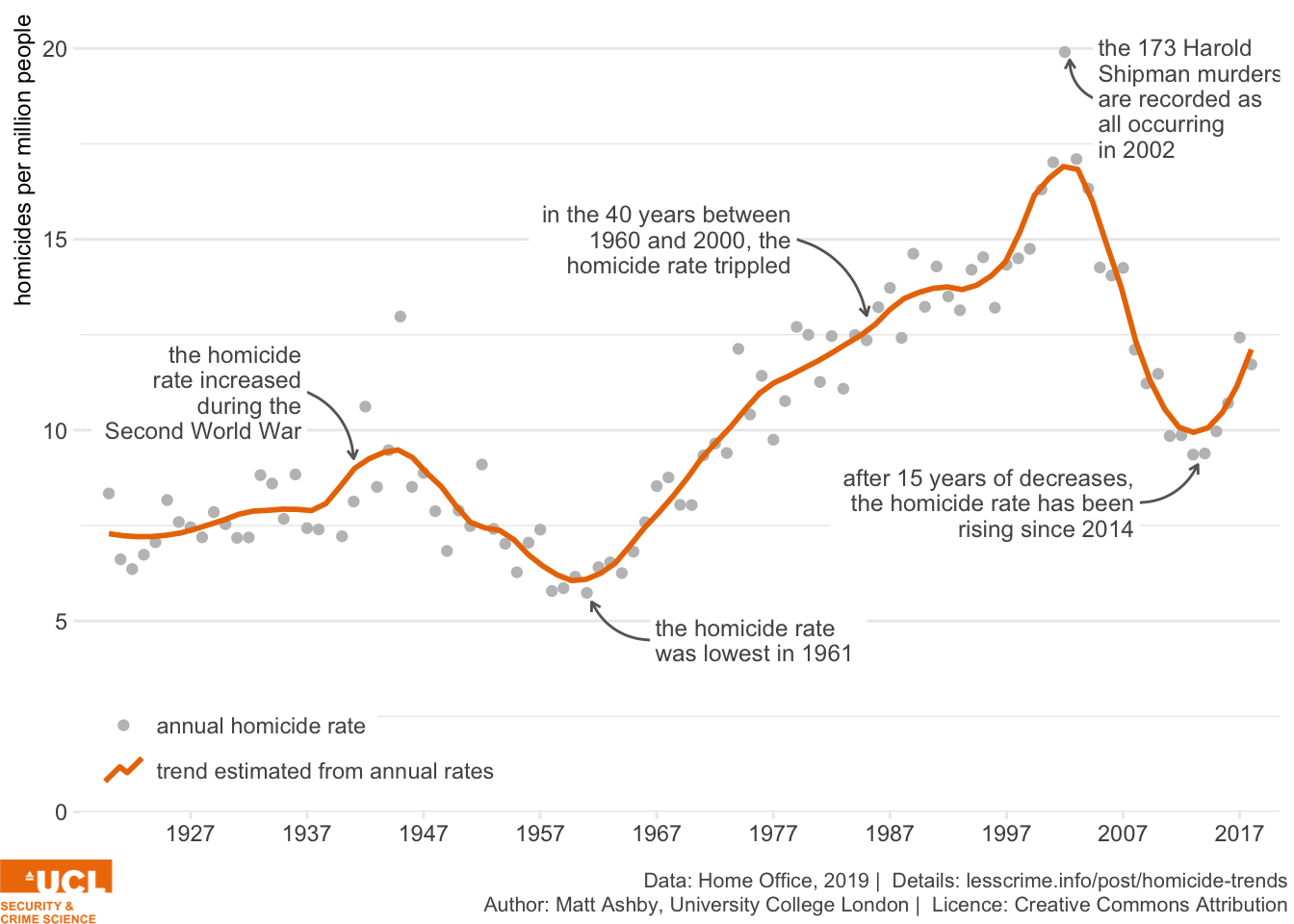 This chart uses police-recorded homicide offences because that time series extends further back in time than the Home Office Homicide Index, the main alternative source of homicide data. The main disadvantage of this approach is that crimes that are initially recorded homicides in police data but are subsequently discovered not to be will not be included in the Homicide Index data but will be included in police-recorded counts.

Victims of the Hillsborough disaster are recorded in ONS data as manslaughter cases in the year ending March 2017 because that was when the revised inquest verdicts were returned. However, in the chart above these cases are included in the rate for 1989, when the deaths occurred.