Chart: No big changes in sentences after new police-assaults law

The government recently doubled the maximum sentence for assaulting a police officer to 12 months in prison, introducing a new offence of assaulting an emergency worker. So far, this change is associated with only small increases in sentences handed down in court. 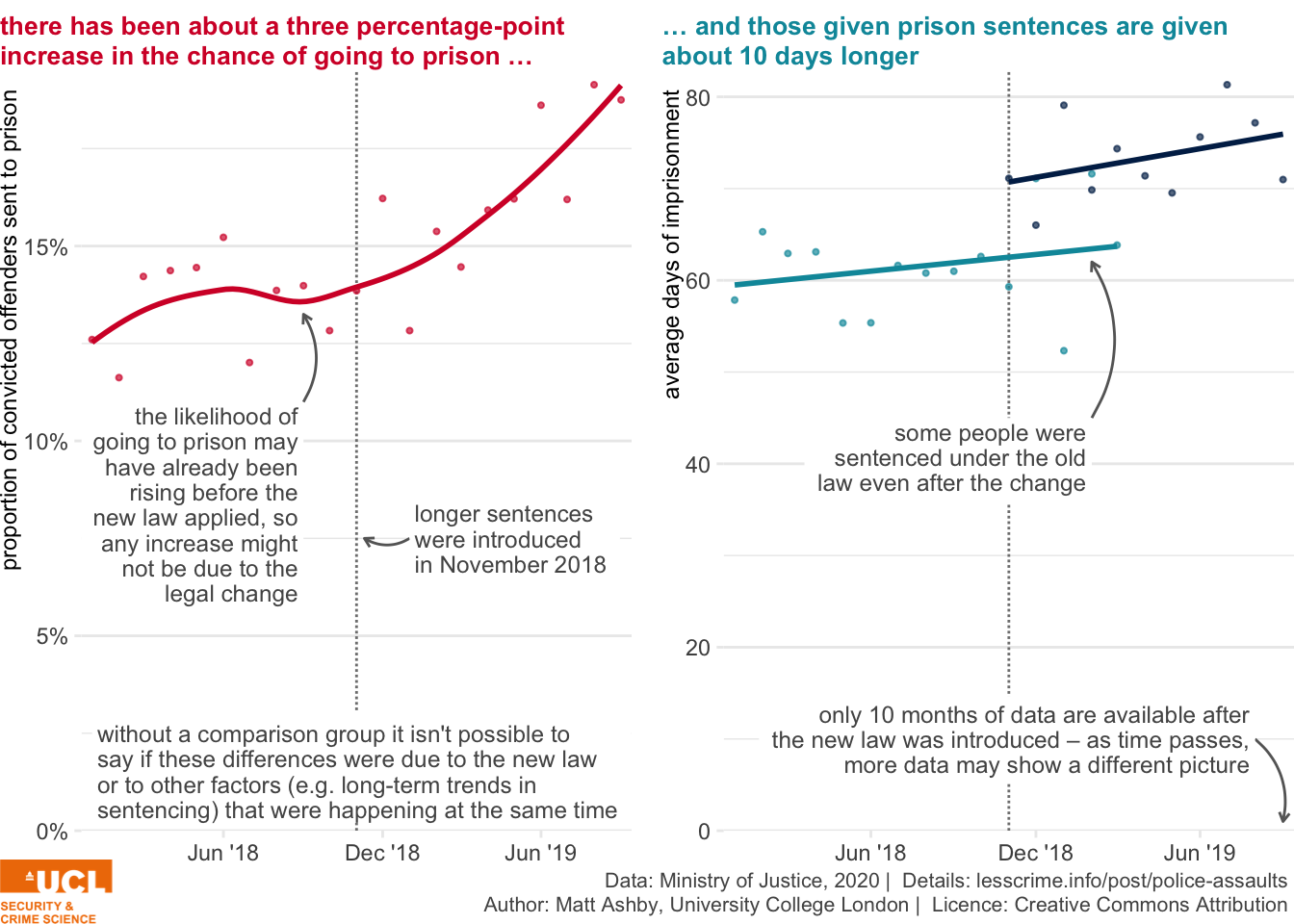 The second model assessed whether the new law was associated with any change in the number of days imprisonment that people were sentenced to, if they were sent to prison for assaulting police. This table shows there was another small, but again statistically significant, increase in sentence length.

Both these models are limited, because there are no comparison groups against which to compare the differences observed. This means it is not possible to estimate how likely it is that any differences are due to the new law or to other factors (such as long-term trends in sentencing practice) that were happening at the same time.