Adjusting for population change, the number of police officers in England and Wales now is less than in 31 of the past 40 years

The government is reversing its earlier cuts to police numbers, but population increases mean that despite 13,800 extra posts over the past two years, the number of officers per 100,000 people now is still at levels not seen (before austerity) since 1980. To get back to the equivalent number of officers as in 2010, the government would have to fund another 11,400 posts (5,200 more than planned). 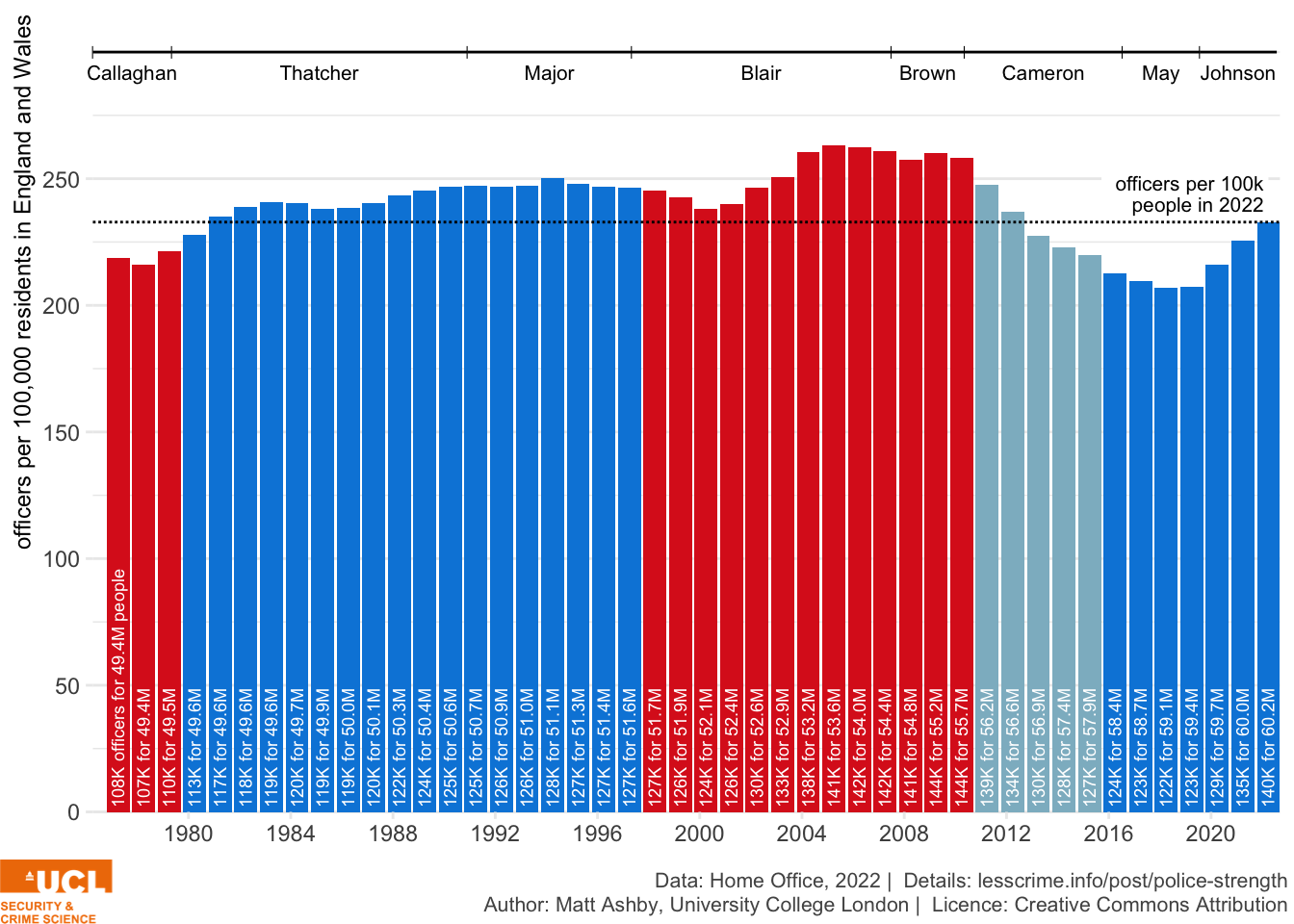