The time taken for a typical rape case to be prosecuted in court increased only slightly from 2012 to 2018, but the time taken for police to investigate rapes and the CPS to decide whether to charge a suspect has more than doubled. The government has not published updated data since March 2019. 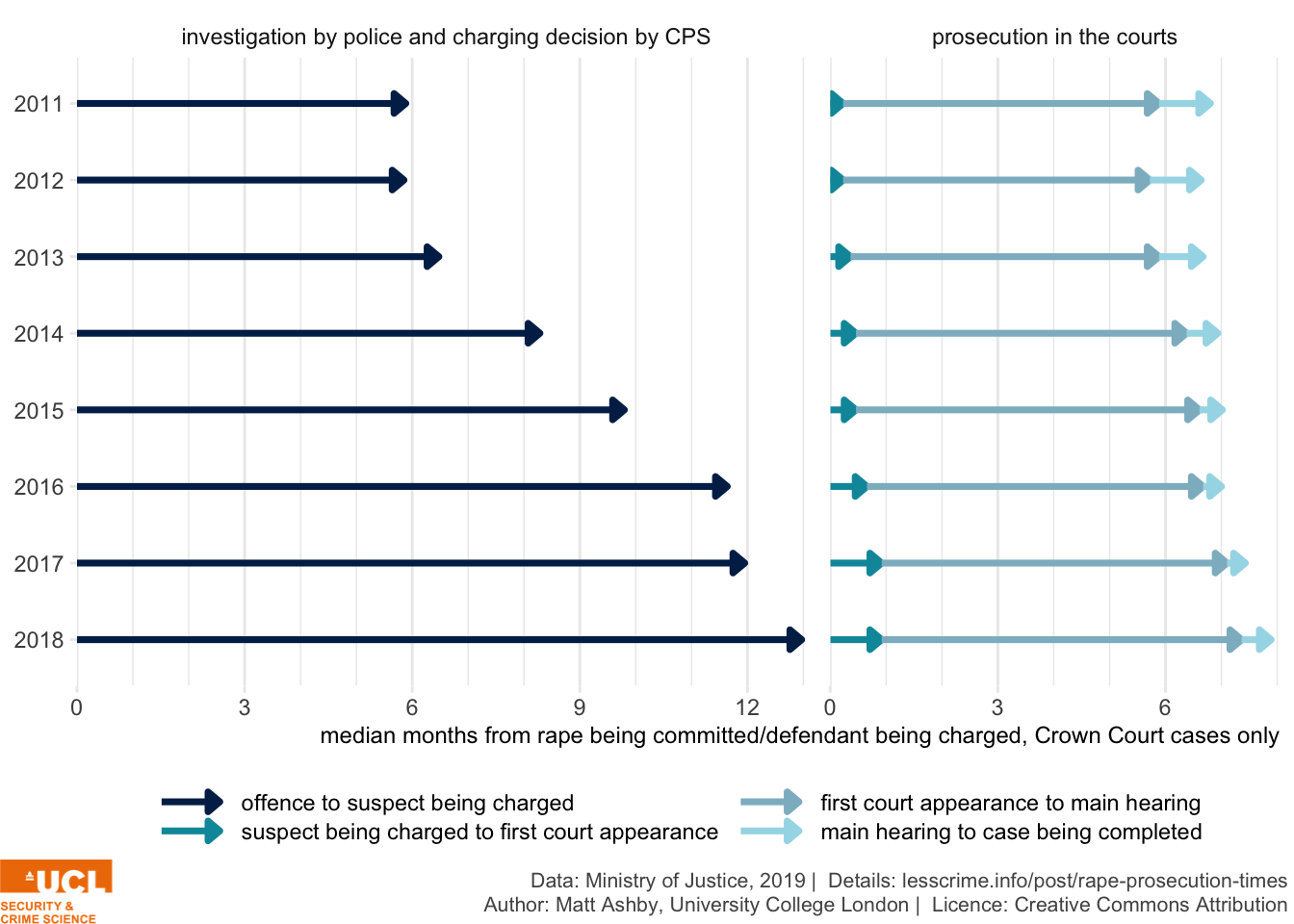 There are several potential reasons for this increase, which could explain it either individually or in combination: